Technology currently has got plenty of career paths, and one of the areas that have seen an incredible rise in its popularity is app development. Everyone is coming up with their own apps, and companies are busy setting up theirs as well. There are literally millions of apps coming up each day.

An app developer is a software engineer whose primary mission is to create, test, and program apps for mobile phones, computers, and tablets. They typically work in teams and develop concepts and ideas on how best to customize a specific app for use.

They usually understand coding languages and how to use them; plus, they also work together with data scientists, graphic artists, software developers, and experts to create these apps. They are also responsible for testing and fixing any bugs found on the app before its launch.

What Exactly Do They Do?

Well, applications software needs to be written using a specific operating system such as IOS or Android. The developers will typically specialize in a specific area such as graphics software, mobile phone applications, or office suites.

The marketing firms will often research a specific app and then gather information related to consumer needs. This information will then be passed on to the app developers who will create new applications that will meet the customers’ needs in terms of cost and use.

Many different versions are usually made of the same app, and these can be read by different devices such as tablets, phones, and personal computers. Once the app has been completed, it then goes into production, and the app developer shall work on creating patches or upgrades that will periodically be released to the public.

The app developers will work for themselves just as they work for small, medium, or large organizations. This is because they build native experiences that will allow people to complete tasks, interact with the apps, and consume the content.

Well, this isn’t just a job you wake up one day and decide that you can handle. No, it needs time to train and learn how to do the job. If you wish to become an app developer, you might need to possess the following skills.

There are many different types of app developers, which include the following.

These are developers that deal with mobile phones and tablets. They are slowly becoming the most popular since more and more apps are now available on mobile devices. They usually have specialized training in the design of small electronic equipment.

They typically write programs in either C++, C, Java, or Python programming languages, and each mobile device must use a specific language that the developers are required to understand.

Google owns this name, and Android phones usually come installed with a wide variety of apps.

The developers usually develop applications for use on phones and tablets. They utilize the Android operating system, where everything from the media players to interactive games is easy to access and use.

This is a shortened way of saying iPhone OS or iPhone Operating System. It is a mobile operating system that is usually run on Apple’s devices such as iPads and iPhones.

They must also have a good grasp of build views, which can handle user interactions, display the data, show alerts, display images, handle navigation, text views, and labels. They also integrate this with JSON and Rest APIs.

App Development is one of the most profitable jobs in technology right now, and these developers are in high demand. If you wish to become one, you must go through the training necessary to do a good job and then get yourself started. 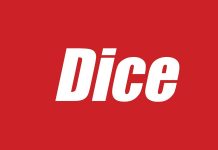 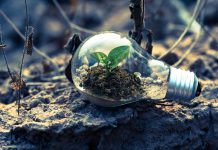 Tech for Good: Find Jobs That Make a Difference

How to Find Work on Google Careers

Find Out Why These Are the Best Chairs For Working In...